What exactly does the time filter mean when restoring? We don't know exactly when our hosted iLand Veeam backup runs so I'm never clear what time to specify when restoring.

A user has asked me to restore the backup from 31st March, i.e. there was a file there during the day that has since been accidentally deleted. So I'm tempted to enter 31st March 23:59 into the time. However, that day's backup might have run after that time so should I put something like 1st April 07:00 in there instead, i.e. just before the start of the next working day?

Or... when you specify a time in there, does it return everything that has a modified timestamp before the specified time, irrespective of which backup it happened to be in?

It's a little vague IMO. Also, are the times UTC or local time? 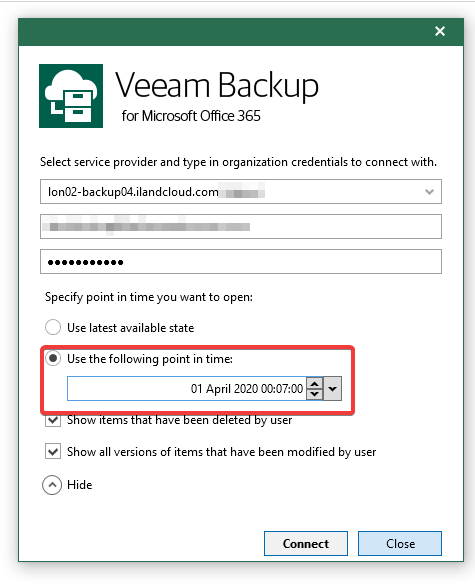 You will have to discuss with iLand when they run as we can't see that via the Explorer. If you open the restore on 31st March at 23:59, the item should be there if they made a backup but again, you'll have to ask iLand for their schedules.
VCP-DCV
Veeam Certified Architect (VMCA)
http://foonet.be
Top

Iland will take backups at certain times. The time you specify is the time what will be searched in the database. We don`t specifically restore points but times per item. So what you will see in the explorer are items that exist around that time. The time in the explorer through the UI will be your client time.

Thanks Mike - yes it helps. Also had clarification from iLand that the time is that of the backup, not the modified time stamp. Our backup runs overnight so if one wants to restore from the end of play on a specific date (say 16th May), then putting 7am on 17th May will get all changes during the previous day.
Top

It would possible be easier if the VEX showed the times of the actual backups when going back in time. I find the restore view in that old stalwart Backup Exec easier to use: 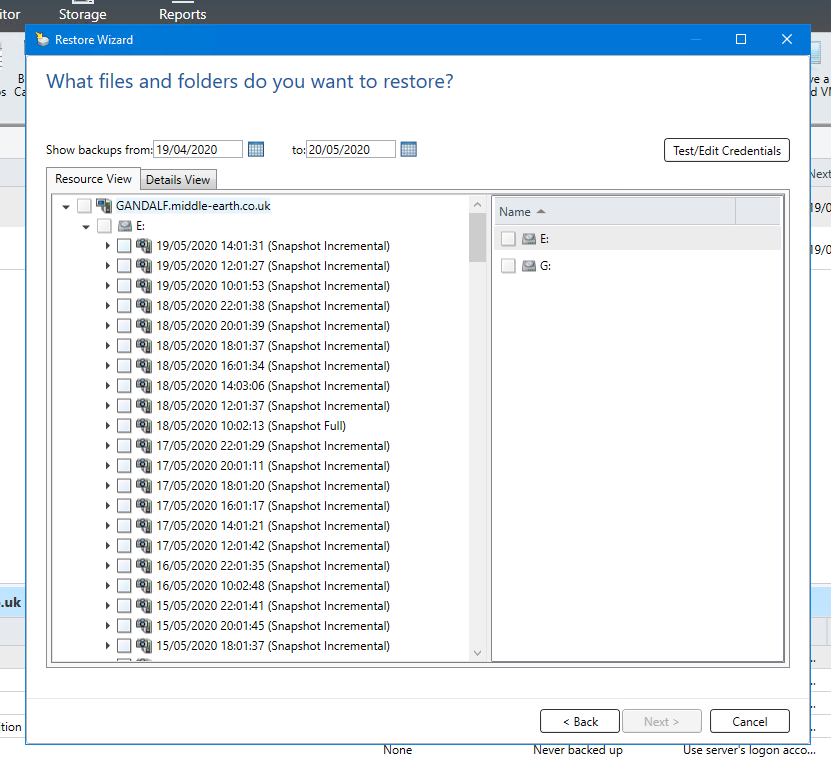 @heliosmedcomms
It does it like that when you run it yourself. It's because of the service provider angle that it is different. Instead of bringing over all restore points from the service provider (data being downloaded before even login) we work like this
Top
Post Reply
6 posts • Page 1 of 1

Return to “Veeam Backup for Office 365”

Users browsing this forum: No registered users and 5 guests