I've noticed the sqlservr.exe process started by Veeam creates regular CPU usage spikes of about 50% CPU. This has been causing brief moments of lag when playing games.

Veeam is idle and not performing a backup when this is happening. 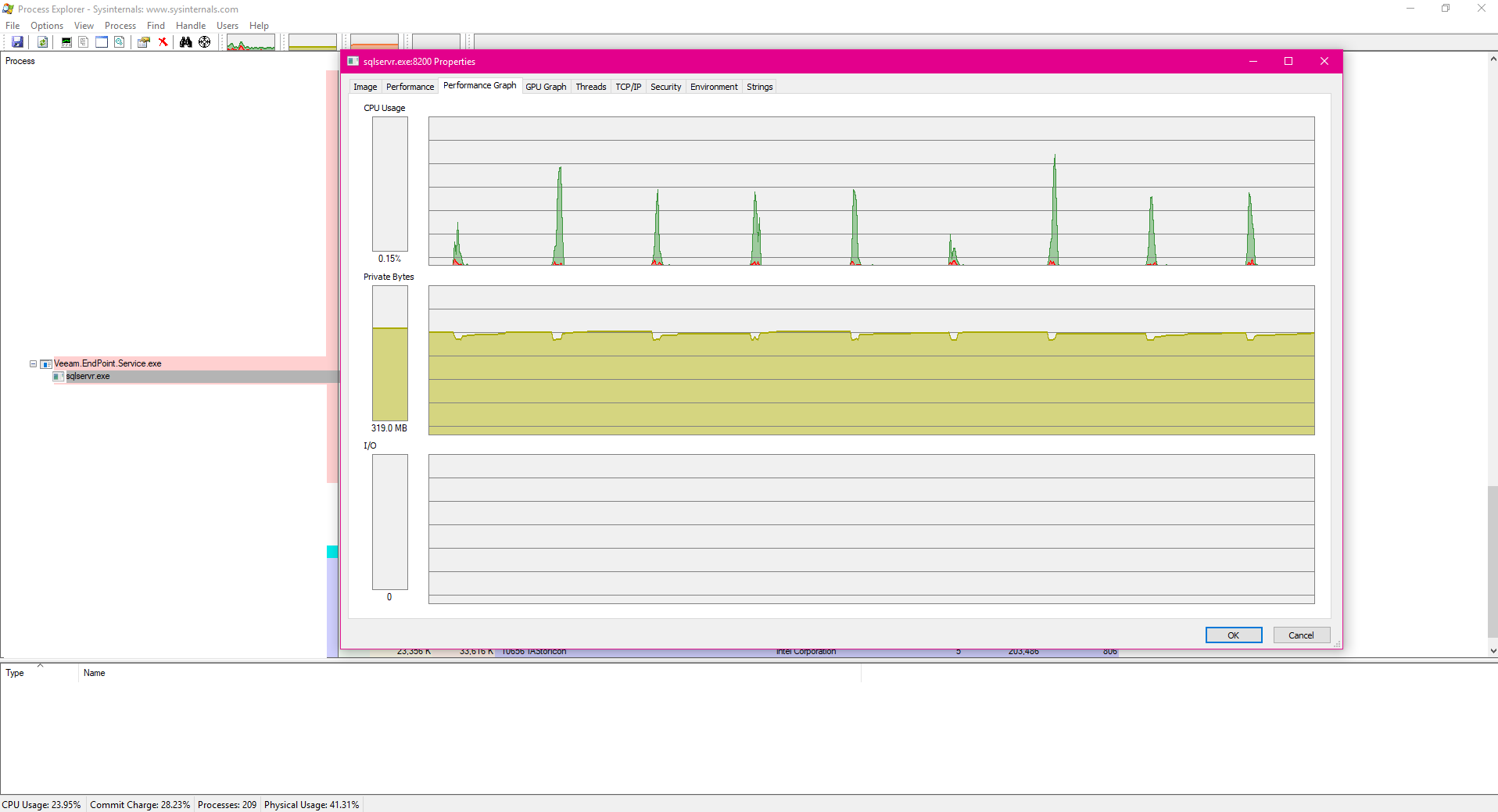 Re: CPU usage spikes from sqlservr.exe

Do you have any software that may interfere with SQL (antivirus software for instance)?
Top

Re: CPU usage spikes from sqlservr.exe

I'm using Avira Free antivirus, but the problem still occurs with real-time protection disabled and all other programs (including background tray programs) closed.

With all other programs closed, this is the only instance of sqlservr.exe running and it ends if I stop the "Veeam Agent for Microsoft Windows" service.

The spikes happen almost exactly every minute and look like they might be garbage collection related since they coincide with the drop in memory usage seen in the second graph.

Return to “Veeam Agent for Windows”